Varela's past before the presidential function

Juan Carlos Varela Rodríguez is the 49th current President of Panama, as a member of the political party PP (Partido Panameñista / Panamanian Party). He was born on December 12, 1963 in the capital Panama City. He scored first successes in his career in the private sector, where he led the Panamanian company with over 100 years of tradition – Varela Hermanos, S.A. – which produced thousands of jobs in the country. Varela supported projects aimed at the development of culture, sports, education, folklore, traditions and the environment. His most important position before he took over the presidential office was the function of the Vice President of Panama from July 1, 2009 to July 1, 2014 as well as the Foreign Minister from July 1, 2009 to August 2011, when the then President Ricardo Martinelli got rid him of this function. On March 17, 2013 Varela officially announced his candidacy for the President and on August 25, 2013 he has been declared as a presidential candidate of the alliance called El Pueblo Primero (People First) composed of the Partido Popular and his Partido Panameñista, which leads since 2006. Against him was a coalition of parties known as Unidos Por Más Cambios (United for More Change), led by CD.

The public and political critics supposed that Varela, if elected, will have a real chance to raise the prestige of Panama in international forum and in case of avoiding corruption scandals or political incidents can prepare the way for his candidate from the PP for the next presidential elections held in 2019. Varela had a fundamental and huge advantage in comparison with his opponents during a battle for the presidential chair, which was his acting as the Vice President of Panama throughout the previous parliamentary term and before that several years as the Foreign Minister of Panama.

These two functions made him more visible in public awareness, he constantly used to appear on television, newspapers and Internet media and he has been having a real benefit and impact on the Panamanian population, as well as the position of Panama in an international environment abroad. Not only he has been gaining prestige over the years, and has been quietly preparing for his presidential campaign in the years 2013/2014, but principally through the aforementioned two functions has been obtaining the necessary experiences and skills in the political, diplomatic and social environment that now help him very well while being the President of the country.

Development of the presidential elections

Presidential elections in 2014 were exceptional for the country, because Panama was the first country in Latin America where its citizens from abroad could vote in elections via Internet, taking the example of France and the other developed European countries. The elections themselves were held on Sunday, on May 4, 2014, when Varela with almost 40% of the votes defeats his opponents, takes the oath and takes up the Presidency from July 1, 2014. After elections in 2014, Panama's Vice President became Isabel de Saint Malo Alvarado as historically the first woman in the history of Panama elected to this position, whom Varela simultaneously appointed to the position of the Foreign Minister of Panama. Panama has thus become one of the Latin American and world countries, where one of the key high-level governmental functions belongs to a woman.

Before Panama voted and chose Varela as its President, there has been a challenging political batlle of several candidates aspiring for the President, so lets make a recap step by step. Seven candidates decided to candidate in the presidential elections of 2014, three of whom had decisive word in advance and the public already knew that one of them will eventually make it to a successful conclusion. The other four candidates were there as they were only a number, maybe to achieve splitting the votes of the electorate. The first of the main candidates was the current President Juan Carlos Varela Rodríguez as a member of the political party PP (Partido Panameñista / Panamanian Party). The second one was Juan Carlos Navarro as the current leader of the PRD (Partido Revolucionario Democrático / Democratic Revolutionary Party) and defeated presidential candidate in 2009, the third one was José Domingo Arias as the leader of the CD (Cambio Democrático / Democratic Change) and former Deputy Minister for Foreign Trade. Navarro already had experience with the pre-election battle of past elections, while both Arias and Varela were new in the process.

Varela obviously did not enter this election campaign as a political beginner, since he has been serving as the Vice President, previously as the Foreign Minister and he was involved enough in the political, social and business life. His electorate thus did not vote for a cat in a bag, but they know what to expect from him in case he is elected. His election campaign was primarily based on four important areas: reducing the cost of living, building a safe neighbourhood for residents, making water accessible to all residents and, of course, last but not least, eliminating corruption and clientelism, as all candidates. During one of his speeches during the presidential campaign he made the following statement: „We will implement deep inspection of all expenditures and actions of the government, to let all the experts and professionals of the working class of our country know how their money from their taxes are spent. And all those who have taken what belongs to our citizens, they will have to return it.“ Such and even more accurate identification of issues associated with clear solutions of such problems lifted Varela's electorate.

Leading any political campaign in Latin American countries is vastly different from what we Europeans are used to see. Elections wins charisma of the candidate, his identification with population, pre-election populist promises associated with the most serious problems in the country, traveling of the candidate across the country and meeting with ordinary citizens, his participation in all cultural events such as festivals and carnivals, and last but not least, strong slogans and mottos that can pull down a voter right on his side and can get not only his vote, but also his heart. Latin American people see their leaders not only as statesmen who lead their countries, but they also see them as the gods, icons and life models, without whom they could not exist. It is determined because of different culture, human values and historical development of the respective countries.

Varela's campaign had been taking place across all the country, he had been appearing on hundreds of election posters, residents had been wearing T-shirts, shirts and caps with the name and logo of his political party, singing his songs and his supporters had been promoting him everywhere. Varela has his own website on Internet (www.juancarlosvarela.com) and he is also extremely active in his personal profile on Facebook, where he shares countless posts from all areas of life in which he operates. What is important is a regular interaction between him and the Panamanians right via his Facebook profile, where he very often reacts and responds to the comments of the citizens of Panama. The more a leader gets closer to his citizens, the faster he will win their sympathy, hearts and above all the necessary votes.

Shortly before the elections took place, the Electoral Tribunal was expecting something less than 2.5 millions of voters, out of whom just over 320,000 will be first-time voters and about 70,000 people are adolescents. The results were as follows: out of the nearly 2.5 millions of the eligible voters came to the polls and voted nearly 1.9 millions of the Panamanians = turnout was just over 50%. Varela won the elections with 724,762 votes (39.1% of all votes), ahead of the second Arias with 581,828 votes (31.4% of all votes) and third Navarro with 521,842 votes (28.1% of all votes). The fourth candidate Genaro López received only 11,127 votes (0.6% of all votes), where we see a huge gap between the three dominant candidates and the rest.

Varela's presidency now at the beginning of January 2017 has flipped into its second half after two and a half years of the presidency. He will remain as the President of Panama until July 1, 2019, thus still two and a half years, if everything remains going well and he won't be associated to any scandal or if any revolution won't take place in Panama in order to depose Varela by someone else which is very popular in the Panamanian history. But as of now there is no indication that this scenario will happen and it is believed that Varela will successfully carry on his term until the very end. The Panamanian public also considers him as a respectable President who will lead his country until the expiry of the parliamentary term.

One of the biggest problems of the Presidents and leaders of the Latin American countries during the election period is corruption, which is closely related to the bribery and nepotism. In the pre-election promises of all the candidates, not only in the case of Panama, we can observe mottos and slogans concerning right the solution of this serious problem, but a scythe crashes to a stone paradoxically after the candidate is chosen by the people as their President and he himself, respectively with the help of his government and staff, is the main protagonist of corruption scandals that eventually are revealed, thus people are forever dissatisfied and this problem in these respective latitudes is somehow not solved yet. Speaking of Panama, a typical example is the former President Ricardo Martinelli, who promised resolute actions in terms of corruption, but he has done countless corruption scandals, which led to a deep dissatisfaction of the Panamanians, so finally in the presidential elections in 2014 they elected the candidate of the opposition group believing and hoping that Varela will bring a needed change. It is not supposed that Varela can't find the word 'corruption' in his dictionary, but a decline can be observed in corruption scandals as well as an overall improvement of the atmosphere in the Panamanian politics.

Varela approached more the Panamanian people as if he was one of them, unlike his predecessor Martinelli. It is a strange phenomenon that two politicians from two different political spectra were able to act as the President and his Vice President, although the period 2009-2014 was marked by the multiple disputes between them, let alone ordering Martinelli to depose Varela from the function of the Foreign Minister. Panama is currently recording the economic growth, building the necessary roads and highways across the country, the Panamanian production of various materials rises, the Panama Canal reports positive numbers and earnings going to the Panamanian treasury, the poverty rate has been steadily decreasing, the country records a constant arrival of the foreign capital, international companies and multinational corporations, especially in the capital city and the population is relatively satisfied, although there are still lots of things that desperately need a change or improvement. Overall, however, we can say that Varela has shown himself in a positive light so far, whether in his own country in front of his own citizens or during his working visits abroad. As long as he will continue in a good human policy, in presidential elections in 2019 we could possibly wait for the election of someone from his coalition PP.

Juan Carlos Varela with all his family during a culmination of the presidential elections.

Juan Carlos Varela with his supporters during a visit to one of the cities within campaign.

Juan Carlos Varela is throwing a ballot to the ballot box during the electoral Sunday.

On the election day it was always busy around Varela. Whether journalists, public or family.

Isabel Saint Malo de Alvarado shortly after the publication of the election results. 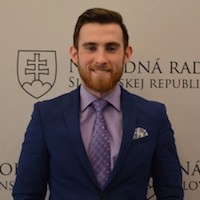