Chinese Ambassador to Nepal, Hou Yanqi, in a special media briefing held in Kathmandu on May 23, 2019, clarified that Nepal-China cross-border railway could not be an easy job given the tough terrain, complicated four stage-technical issues and high-cost budget. The ambassador also mentioned categorically that BRI projects cannot be undertaken under annual official development assistance. This is a debt fund and everything would be decided by market value.“Everyone should be clear that the BRI doesn’t provide non-reimbursement assistant.” The briefing further stated that the projects under the BRI would be developed on basis of equal partnership, while Nepal has been asking for construction of mega projects, including the railways, under annual official development assistance or under soft loan or aid from China.

No donation for BRI

Interestingly, the Chinese clarification regarding BRI projects and funding modalities came just less than one month after Nepal’s participation in the second Belt and Road Forum (BRF) held in Beijing from April 25-27, 2019 which was attended by Nepal’s President Bidya Devi Bhandari.The joint communiqué of the BRF listed Nepal-China Trans-Himalayan Multi-dimensional Connectivity Network (NCTHMCN), including Nepal-China cross-border railway.In fact, China did not offer clarityon the funding modalities for the NCTHMCN during one-on-one meeting between the presidents of both the countries. On the side line of the visit, both the countries singed the protocol to operationalize the Transit and TransportAgreement (TTA).

After a prolonged discussion, in January 2019, Nepal once again revised the earlier list and proposed nine multi-sectoral projects, including Kyirung-Kathmandu Railway (KKR) line to be constructed under the BRI. Around -11 billion will be required for these projects. Despite the list, China is yet to finalize the financial modalities of these projects. The issue will be discussed in the forthcoming bilateral meeting. As mentioned earlier, while Nepal is pushing for early construction of the KKR line along with these nine projects, China perhaps wants to first develop Budhigandaki and Tamor Hydro projects under the BRI.

From Nepalese point of view, the KKR has immense benefit to Nepal. First, it will open a new reliable alternative transit route for the landlocked country. Second, it will reduce dependency on India. Third, it will also help Nepal to access both Chinese and European markets. BRI promises Nepal better connectivity (rail and road) with other parts of China and to the Chinese sea ports as well as to the North-Central Asian countries like Kirgizstan, Kazakhstan and Uzbekistan, which so far remain remote from Nepal. This will expand the market for Nepali products, provided that Nepal actually produces exportable surplus of the products that can have demand in those countries. Third, with better connectivity, there are better chances of industrial development in northern Nepal, which is so far largely under-developed. Four, there will be more Chinese investment in Nepal. Fifth, the success of the project will bring huge political dividend to Prime Minister Oli in particular and the Nepal Communist Party in general.

Unfortunately, China does not see the KKR proposal as economically feasible unless it is extended up to Lumbini and the same is utilized as a commercial trans-Himalayan route to gain access to the large Indian market. Lumbini is merely 30 km from the Indian border.

Despite being aware about its immense soft power benefit, China is equally worried about diplomatic, strategic and technological implications of this project. As per one report, around 98.5 per cent of the railway would either be bridges or tunnels, and construction cost would be Nepali Rs 3.55 billion per kilometer

Besides the KKR, the proposed Nepal-China cross border transmission line is also in limbo. The negotiations on this project (one of the listed BRI projects from Nepal side) was dropped since China declined to undertake the project under aid or development assistance. During the negotiation, China, in fact, clarified that it does not need to purchase electricity from Nepal. China, however, offered Nepal to purchase electricity in market price of China through this transmission line (if at all constructed).

First, after two years of the agreement, the two countries are still negotiating to identifying specific projects to be carried out under the BRI framework. While Nepal submitted construction of around three dozen projects under the BRI during PM Oli’s China visit in June 2018 under grant and aid scheme, China has been insisting on developing one or maximum two major projects only.

Second, as stated earlier, China does not want to develop projects completely on grants and aid basis. While China is looking for one or two economically viable and strategically suitable mega projects, Nepal is focusing on medium to big size projects like transmission lines, railway connectivity, dams, ICPs on the Nepal-China borders, internal highways, etc, with the sole purpose to shed its dependency on India.

Third, the BRI has certainly dragged Nepal into the major powers’ rivalry in the Himalayan region. After a short pause since the peace process began in Nepal, the US has revived its Himalayan policy to challenge growing Chinese soft and hard powers both in the Himalayas and South China Sea. The US has also realized that Nepal has been drifting towards Chinese orbit and India’s faulty Himalayan policy could be a factor in that. As a result, in December 2018, the US President approved Asia Reassurance Initiative Act (ARIA) and Reciprocal Access to Tibet Act (RATA). US Deputy Assistant Secretary of Defense for South and South-east Asia, Joe Felter, during his official visit to Kathmandu in February 2019, observed that “Chinese investments (under BRI) should be designed to serve the interest of Nepal and not just China.” He in fact warned Nepal to learn lessons from Sri Lanka, the Maldives and Malaysia where Chinese investments have hurt the economies of these countries irreversibly.

Given the revival of US policy on the Himalayan region, India’s reservations over BRI and China’s hidden agenda behind selecting specific projects under the BRI, Nepal’s desire to take benefits from BRI could be delayed further. Instead of completely depending on the BRI, Nepal could explore other options to achieve its developmental aspirations. 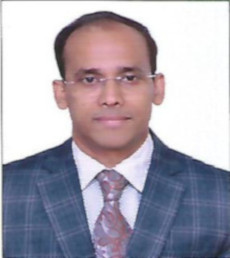